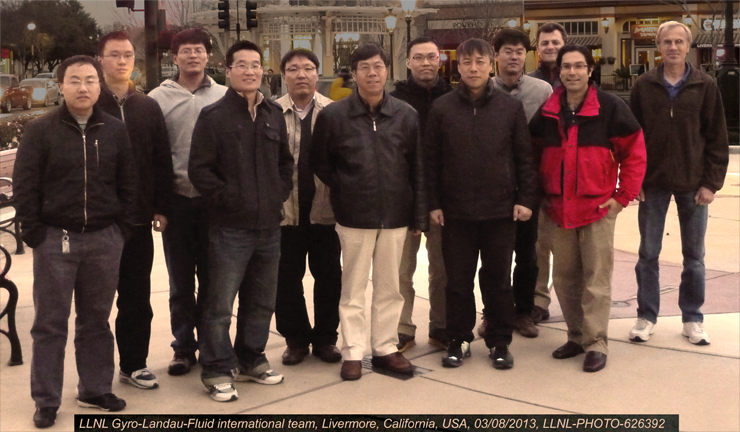 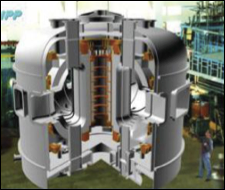 Description:
The goal of this project is to develop physics understanding and predictive capability for edge plasma turbulent transport through a Gyro-Landau Fluid extension of BOUT++ code. This project fills a long standing gap between the fluid descriptions currently in use (which are intrinsically limited) and full gyrokinetic simulations, which are fundamental but a long way from practical utility. This includes developing advanced physics models to capture important kinetic effects in fluid description, and novel numeric techniques to solve a set of fluid moment equations with non-local coefficients in massive parallel computational framework, and validating the simulation models on two largest super-conducting tokamaks (EAST and KSTAR). This task will be aided by expanding our alliances with them.

Expected Results:
A collection of GFL models in BOUT++ code will be implemented and tested for broad physics applications, for desired computational speed and accuracy, and for cross-benchmarks. The collection of GFL modules in BOUT++ will also be validated on EAST and KSTAR experiments for ITER. The potential 100-1000x savings in computational resources make such a code very important as the edge component in a coupled, whole device modeling and/or the savings could then be devoted to other key edge areas such as plasma material interactions and accurate atomic physics. Moreover, such a code could be extended to treat core physics dynamics and thus would realize an initial global model of nonlinear plasma dynamics. This would be a major step toward finding the "Holy Grail" of the Fusion Simulation Project.